The Húsavík Whale Museum has over 8 exhibition rooms and is one of few museums in the world solely dedicated to whales.

The Museum has 11 whale skeletons on display. All of the whales in the museum died of natural causes, except for the narwhal which was a gift from Greenland.

The latest exhibitions in the museum, a skeleton of the largest mammal ever to have lived on the planet – the blue whale. The one in the museum is of a 25 m long female animal beached at Ásbúðir, Skagi in Northern Iceland 2010.

There are only a handful of full size blue whale skeletons in the world. The only one in Iceland is on display in The Húsavík Whale Museum.

Photos of blue whales in Skjálfandi Bay are taken by Christian Schmidt.

A large map of the bay depicts blue whale sighting since 2017. 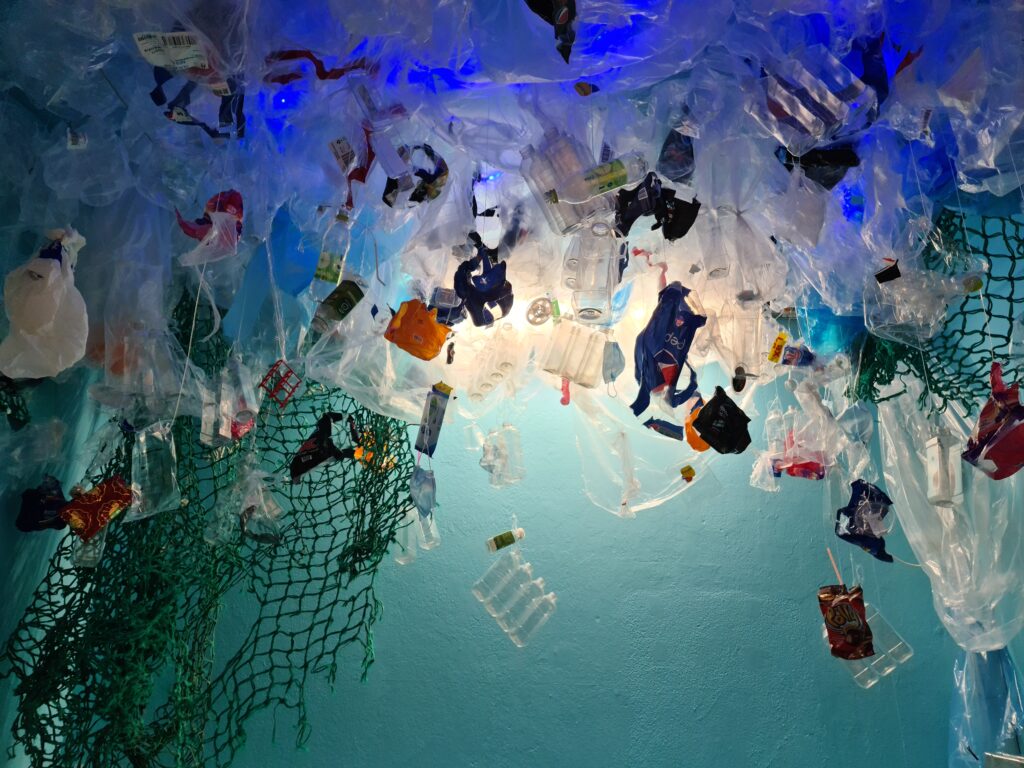 An exhibition from 2021 which tells the story of plastic as the world’s leading industry material. Also the ever so growing global problems following the extreme usage of plastic in the last decades. The aim of this exhibition is to raise awareness about our lifestyles and the cost is has on our oceans, the biggest and most important organ of planet Earth.

The evolution and biology exhibition explains how whales have evolved through time, how they live and behave.

It has long been thought that cultural exchange is something that makes human society truly exceptional. However, animal behaviourists have shown that other species – apes, elephants, dolphins, wolves and even crows – have culture too. And now, culture club has a new member: the whale.

Whale culture is measured by the level of sharing of information. Clicking sperm whales, calling orcas, singing humpbacks; these all are forms of communication which sound intriguing to renowned filmmaker and marine biologist Rick Rosenthal. Thanks to cutting-edge science, it has emerged that whales are not only intelligent, but use their intelligence to share knowledge and change their behaviour accordingly – for example, when orcas have learned to work together effectively using calls chasing giant schools of herring. On the other hand, humpbacks have learned to interpret the orcas’ calls and hijack the orcas’ carefully herded school of herring – resulting in a humpback feast. And each sperm whale has its own clicking sound, and thereby actively contributing to keep the pod together.

There’s another enigma to solve: humpbacks create a new “song” each year, which travels from the Southern Pacific Ocean to all the corners of the underwater world; but to what purpose?

Filming from the Bahamas to Alaska, from Norway to the Azores, Rosenthal is on a quest to discover not only what the whales are doing – but even what they might be thinking.